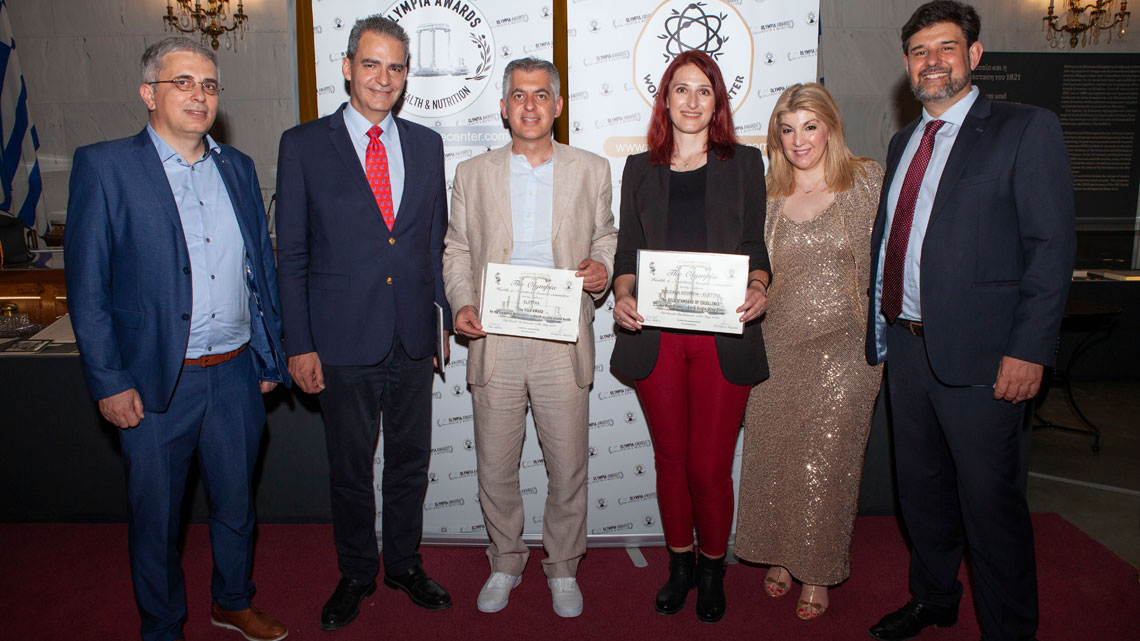 Greek olive oil is breaking new ground. Great announcements in the Old Parliament in the context of the annual Olympia health and nutrition awards 2022.

With great success, the Olympia Health & Nutrition olive oil awards were awarded for the seventh year in a special event held at the Old Parliament on May 15, 2022, with the central coordinator of Prof. of EKPA Mr. Prokopis Mayatis. The awards were made by the international non-profit organization World Olive Center for Health (WOCH), whose mission is to financially uplift the entire olive and olive oil industry in Greece and internationally.

The awarding of prizes and scholarships was graced by the presence of the Deputy Minister of Education, Mr. Angelos Syrigos. As part of the ceremony, the Mayor of Salamina, Mr. Panagopoulos, was also honored for his initiative to highlight the ancient olive tree of Salamina, which is 2500 years old. This tree, the only surviving organism from the historic naval battle, was thoroughly studied by specialist scientists and its unique value was highlighted as a monument of special importance for the natural environment and cultural heritage.

The awards were presented in collaboration with the partners of the European "ARISTOIL PLUS" program.

The olive oil awards were given with the sole criterion of its content in the health-protective substances of the European health claim regulation and the producer-formulators were awarded for their care in the production and promotion of olive oil as a product for the protection of human health.

Of particular interest were the studies on the central nervous system, coordinated by Ms. Tsolaki, which showed that the daily consumption of Halkidiki marigold oil (MICOIL) for one year led to an improvement in psychometric data, as well as a significant improvement in biochemical indicators of Alzheimer's disease and electroencephalograms of the patients.

Also of great interest was the study of the high phenolic Messinian olive oil ELETTRA (www.elettraoliveoil.com) by the cardiologist Mr. Makaris in patients with hyperlipidemia, who after a month of daily consumption showed an improvement in indicators related to fatigue tolerance, diastolic cardiac function and endothelial function. 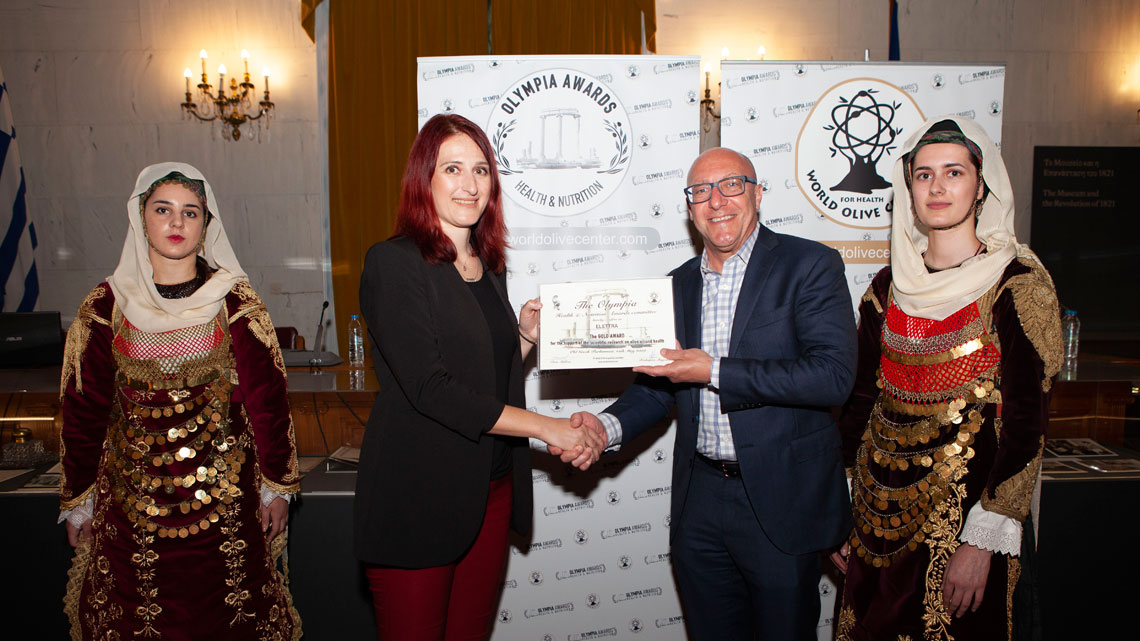 The also Messinian olive oil LIVA, after tests on patients with diabetes led by Professor Nomikos, showed a significant improvement in the tendency of blood platelets to aggregate and in reducing the risk of thrombosis.

All studies are financially supported by donors in collaboration with the World Olive Center for Health.

A special sensation was made by the speech of Harvard Medical School professor Stefanos Kalis, who announced the creation of the Greek center of excellence for health and wellness based on the traditional Mediterranean/Cretan diet and lifestyle with the support of GRECOTEL and EOT .

In her closing speech, the president of the World Olive Center for Health, Dr. Eleni Melliou, presented the multifaceted work of the olive center, the granting of scholarships funded by the Leventis Foundation to young researchers, the creation of the non-profit shop selling olive oils with health claims Olive Lab & Shop (www.olivelabandshop.com), the development of new of clinical studies with high phenolic olive oil in Greece and the USA, the financial support of the production of ATHENIAN olive oil from the EKPA campus and invited the hundreds of producers who attended to support the non-profit organization to achieve its goal

"OUR VISION, FOR THE YOUNG PEOPLE TO RETURN TO OUR VILLAGE, TO CULTIVATE THE LAND TOGETHER...."
29 Nov 0